New developments are an integral part of our daily business. The continuous search for improvements is an ambitious goal but more important: it is a market- and customer requirement. Due to the increasing raw material prices, bakers are getting back to the methods used when bread was invented. Stepping back to traditional processes and obtaining high quality, healthy breads with great taste, soft internal crumb and crispy crust. This requires dough with a high-water percentage, strongly hydrated and a long pre fermentation time. And that’s why Rademaker we have designed the Double Chunker Sheeting System (DSS). 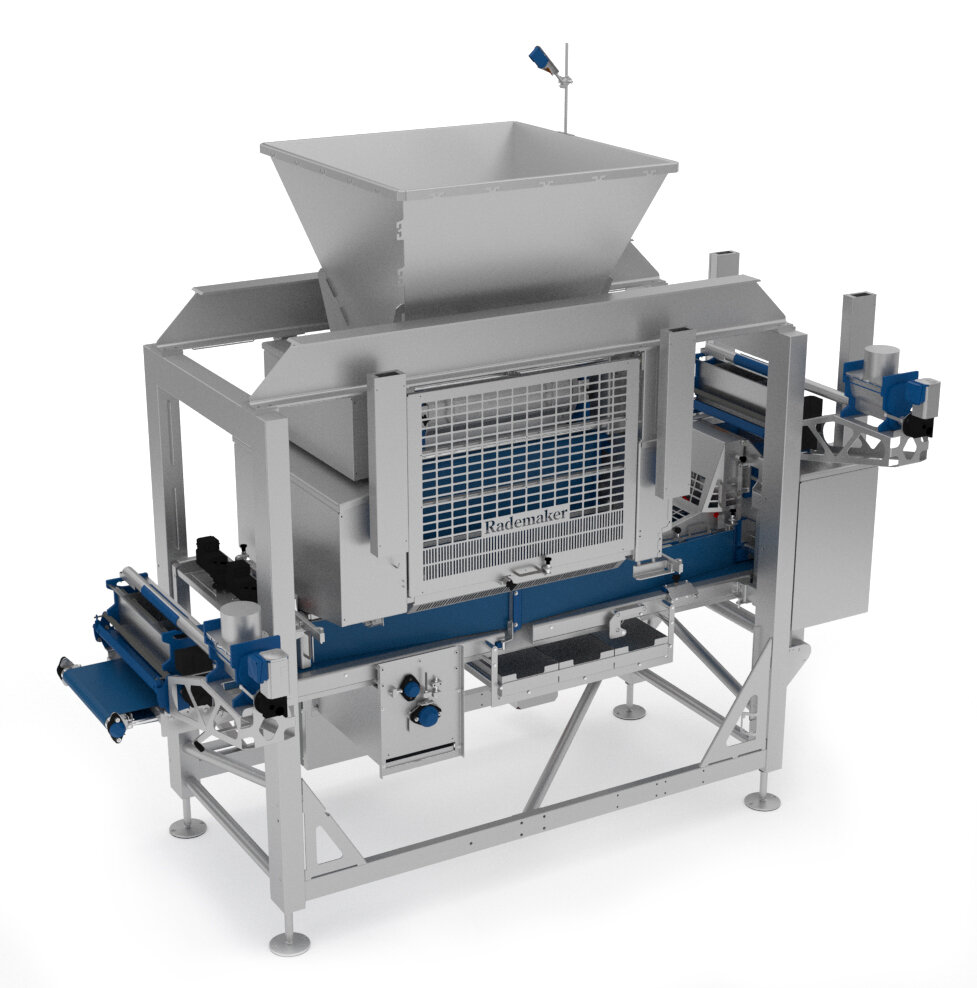 The DSS transforms dough batches into a continuous dough sheet. It is developed to avoid any stress during the sheeting process. The double chunking principle maintains the dough characteristics after the mixing and prooﬁng process. After the DSS, the dough is rolled out into a consistent dough sheet. The DSS is one of the most important units in the production line and with the proven DSS, Rademaker sets itself apart from its competitors:

In the previous DSS version oil was used to prevent the dough from sticking to the DSS hopper. Effective as this is, cleaning the line is a time-consuming issue. Therefore, we designed a new DSS version where oil is replaced by wax. In the wax execution, the required amount of wax is reduced by a factor four compared to oil. Other benefits:

The DSS is now also available in various working widths, which caters dough sheets from 480 mm netto width up to 850 mm gross width. To fit the needs of the market, a compact version with smaller footprint and working with is being developed.

Request for a specialist